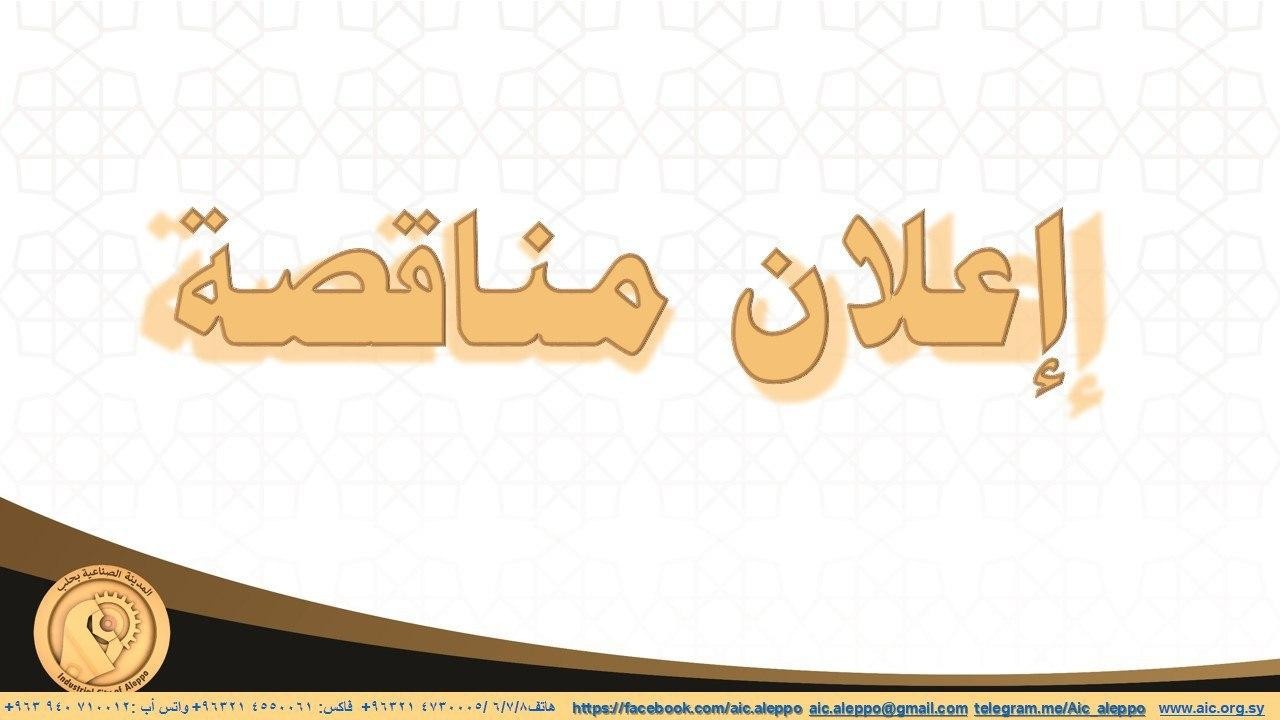 The Industrial City of Aleppo announces a tender for the first time in a sealed envelope for the infrastructure implementation project (drinking water - industrial water) in the industrial city of Aleppo behind the station R1, according to the following:
-The initial insurance: 5% of the value of the estimated disclosure, noting that the value of the estimated disclosure is / 164462500 / SYP only one hundred and sixty-four million four hundred and sixty-two thousand and five hundred Syrian Pounds only.
- Final assurances: 10% of the referral value.
- Delay penalty: 0.1% one per thousand of the referral value.
- Execution period: / 90 days /.
- Warranty period: / one calendar year /.
- The contractor category: the contractor must be from the category / excellent-first-second-third / specialization for sanitation and water networks.
- The deadline for submitting offers is until the end of working hours on Monday 11/16/2020.
- The bid closing session is set at eleven o‘clock on Tuesday 17/11/2020 AD at the Tender Committee headquarters located in the office of the Head of Financial Affairs Department in the Industrial City of Aleppo
- The bidder is committed to his bid for a period of / 120 / days.
- The period of commitment of the nominated contractor to his bid is / 120 / days starting from the next day from the date on which he is notified of the assignment of the pledge to him.
- Offers are submitted to the Industrial City divan in a large envelope on which the name of the bidder is written and the subject of the offer contains two envelopes:
The first: It contains the identification documents stipulated in the contract system issued by Law No. / 51 / of 2004, the initial insurance and the financial receipt for the price of the file
Second: It contains the financial offer with a stamp with a value of / 1500 / SYP.
The administration of the industrial city of Aleppo / the contracts division / can be referred to obtain the book of conditions and the dossier during official working hours for an amount of / 16500 / Ls. The contractor shall bear the full fees for the advertisements, even if they are numerous.